A report from Vision Mobile says the EU accounted for only 19% of the app economy in 2014 but is still growing at 12% annual growth rate and on course to contribute $16.5b to EU GDP this year.

EU countries accounted for 25 percent of the global ‘app economy’ in 2012 but that number has dropped to 19 percent in 2014, a Vision Mobile report claims. And it’s not that mobile apps aren’t driving economic growth across Europe, because they clearly are – it’s just that Asian countries are fast outpacing the EU in terms of growth in smartphone usage and app downloads.

That’s in line with the $17 billion in (direct) EU app economy revenues for this year, as recently estimated by NUI Galway and GigaOm Research in European Commission-sponsored research.

The app economy is growing at an annual rate of 27% globally, according to VisionMobile’s App Economy Forecasts 2013 – 2016 report, with global revenues from apps and related products and services forecast at $86 billion for 2014. 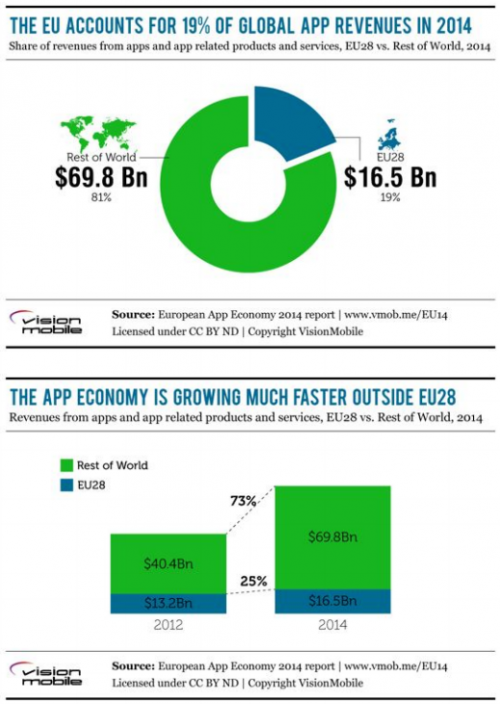 Follow this link to the full article on Tech.EU